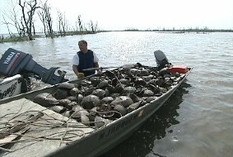 Horseshoe crabs have been used for fertilizer and chicken feed since the mid 1800s. By the mid 1960s the industry had collapsed as a result of overharvesting. In the 80s and 90s the horseshoe crab population faced a new threat because fishermen began using horseshoe crabs as bait in eel and conch traps. When it was discovered in the 90s that migrant shorebirds depended on horseshoe crabs for survival environmentalists successfully demanded governmental regulation. Before 1999, conservation and management were inconsistent and highly localized, but now a coastwide management plan is in effect: The Atlantic States Marine Fisheries Commission.

Unfortunately today the Japanese species Tachypleus tridentatus is on the verge of extinction. Major parts of its nesting areas in the Inland Sea are polluted or significantly reduced by construction. The Japanese government has recently placed horseshoe crabs on the endangered species list and is attempting to clean up the Inland Sea.
The Carl N. Shuster, Jr. Horseshoe Crab Reserve was established in 2000 to protect horseshoe crabs of Delaware Bay.  The fate of the horseshoe crabs is still uncertain but recent conservation trends paint a hopeful picture of the future. 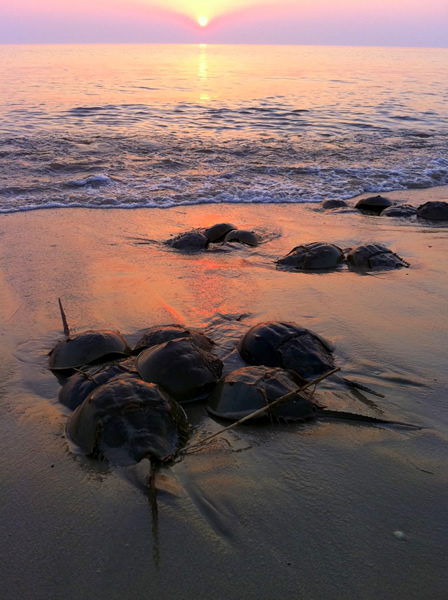