The horseshoe crab is a "living fossil" that possesses a body plan which has persisted for over 400 million years. The horseshoe crab's persistence has been attributed to its generalist nature. However, with few exceptions the distribution of horseshoe crabs has been tied to estuaries and associated spawning habitats through geologic time. 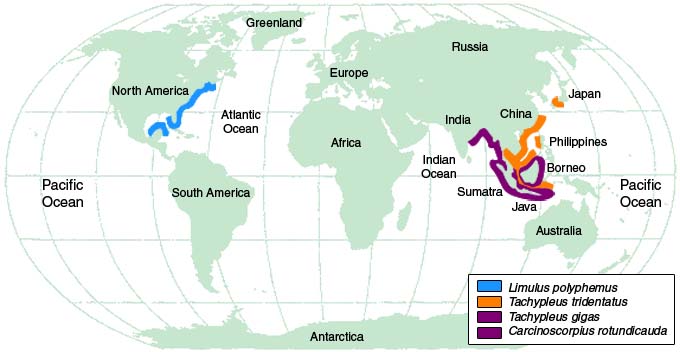