The horseshoe crab is the only living chelicerate with compound eyes.  Much of what is understood about the basic principles of vision is based on studies of horseshoe crab eyes. Beginning in 1931 with H. Keffer Hartline and Clarence Graham, groundbreaking research using the horseshoe crab as model has been conducted in the field of vision. Hartline and Graham took recording from the single optic nerve fibers and their research revealed that the eye of the horseshoe crab encodes light intensity with the rate of discharge by a single optic nerve fiber in a way that a simple logarithmic relationship exists between light and the discharge rate.  In other words, they found that the eye can function as an adding machine by summing up the influences of infidivudal photons in brief flashes to produce a visual response. Hartline went on to share the Nobel Prize for vision research with Ragnar Granit and George Wald. The research of these three scientists has led to the understanding of the basic mechanisms of vision common to all species.  Other research has explored the horseshoe crab's incredible ability to increase retinal sensitivity at night. 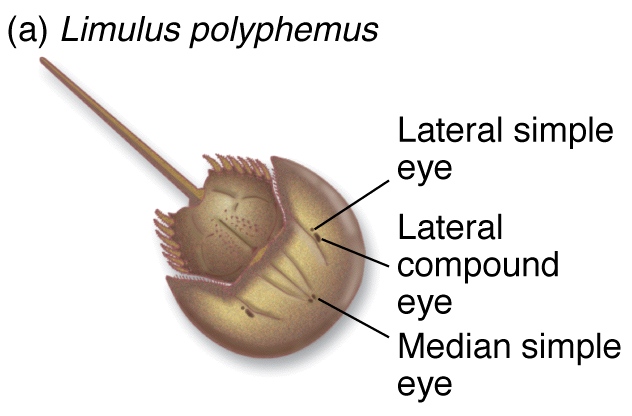